ANALYSIS
Indian prime minister Narendra Modi in a virtual summit with EU officials. India and the EU are now attempting to strengthen foreign policy and security relations, especially in the Indo-Pacific region.Courtesy: ANI

New Delhi’s active approach with Brussels and London illustrates that the Indo-Pacific region is becoming a hotbed of activity for all stakeholders now and in the future.

India’s virtual summit with the UK on 4 May was followed by a hybrid summit with the European Union (EU) four days later in Porto, Portugal. Whereas the India-UK summit sought to deepen defence and security ties, the India-EU summit attempted to strengthen foreign policy and security relations, especially in the Indo-Pacific region. This was not surprising as defence cooperation is primarily carried out in a bilateral format by individual member states of the EU, not by the EU itself.

The formal statements that followed the prime ministers Narendra Modi-Boris Johnson summit agreed to enhance defence and security cooperation, welcomed the conclusion of a new defence logistics MoU, sought to increase maritime co-operation in the western Indian Ocean and agreed to work together to support India’s indigenous development of the Light Combat Aircraft (LCA) (Mark 2). These were further highlighted as one of five key ‘pillars’ of a bold and ambitious India-UK Roadmap to 2030, a first for both countries, to elevate their bilateral relationship to a ‘comprehensive strategic partnership’.

Is the India-EU connectivity pact set to pose a challenge to China’s BRI?

Among all European countries, France has the strongest bilateral strategic partnership with India, comprising defence (air and naval), space and nuclear ties. France’s defence share of India’s defence market is over 18% today, in contrast to less than 2% for the UK and 1.7% for Germany.

Re-energising ties with the EU

India’s hybrid summit with the EU, with Modi’s virtual participation, was the first held with all 27 member states (along with the Presidents of the European Council and the European Commission); this format had taken place once earlier between the EU and US president Joe Biden in March 2021. Foreign policy and security cooperation were one of three key thematic areas addressed. They sought to enhance cooperation between the Indian navy and EU NAVFOR (EU Naval Force) Operation Atalanta in the Indo-Pacific region, welcomed the imminent conclusion of the working arrangement between Europol and India’s Central Bureau of Investigation (CBI) to prevent and fight terrorism and organised crime, hailed the holding of the inaugural India-EU dialogue on maritime security (in January 2021) and expressed a desire to explore negotiations for a framework partnership agreement on security and defence.

Neither of these summits had any ‘big ticket’ announcement on defence or international security; these were reserved primarily for trade and connectivity issues.

PM Modi and British PM Boris Johnson engage each other virtually before firming up an enhanced trade partnership which would be a blueprint for an eventual FTA. Courtesy: ANI

India and the UK launched an enhanced trade partnership to pave the way towards a Free Trade Agreement and more than doubling of trade by 2030. India and the EU announced their decision to resume negotiations for the Broad-based Trade and Investment Agreement (BTIA) after a gap of eight years (this had stalled in 2013), begin talks on a standalone investment protection agreement and launched an ambitious ‘Connectivity Partnership’. This was not surprising, as the EU is India’s largest trading partner, the second-largest destination for Indian exports and the first foreign investor in India. Meanwhile, with a population of almost 1.4 billion people, bigger than that of the EU and US combined, India is the largest market the UK has committed to negotiating a trade deal.

The topics on today's agenda include the unresolved conflicts in the EUâs Eastern Neighbourhood, EU-#Africa relations and the Indo-Pacific. In connection with the meeting, Ministers meet with Minister of Foreign Affairs of Jordan, Ayman Safadi.#EU2021PT #Gymnich pic.twitter.com/CnUT9UxdvM

Nonetheless, the evolving strategic environment provides a unique opportunity to strengthen and raise the visibility of India’s defence and international security ties with both the UK and the EU. The UK’s post-Brexit foreign policy tilt to the Indo-Pacific and its defence focus on a “maritime partnership” with India provides a convergence of interests with India’s outreach to foreign naval forces as a potential ‘counter-weight’ to China and its re-engagement with the UK after nearly five year of its domestic political wrangling over Brexit. In a joint op-ed prior to the summit, Modi and Portuguese prime minister António Costa (the president of the Council of the EU and the EU’s first prime minister of Indian-origin) stated confidently that India’s role as a major regional and global player was set to continue to expand over the coming years, and a strengthened partnership would offer Europe an opportunity to diversify relations in a strategic region of the world.

For India, the opportunities for defence and international security ties with the UK and the EU need to be further highlighted and encouraged amidst an increasingly assertive China in the Indo-Pacific region. New Delhi may well attempt to leverage these relationships to seek maximum advantage from both. But, instead, it needs to think strategically to seek their collective advantages. This could include the establishment of a new ‘quad’-type of arrangement for the Indian Ocean among India, the US, UK and France, thereby ensuring the participation of three of five permanent members of the UN Security Council. 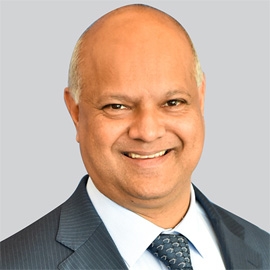 The power of the quad